Tampons? Thank u, next. 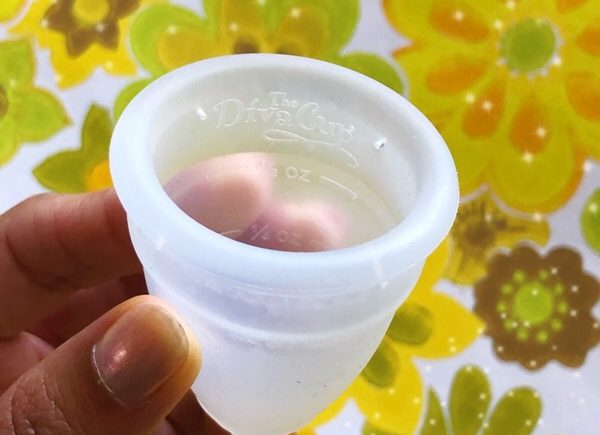 For starters, I had been contemplating getting a diva cup for over 6 months. I read the blogs and testimonials and watched the youtube videos. I even reached out to my close girlfriends and surprisingly found out that not many of them had tried it yet or they didn’t show much interest in it at all. “I bleed too much to want to experience that” was a common response from them.

I have to be 100% honest though, my main driving force behind getting a Diva Cup wasn’t for health or environmental reasons. The truth was, I was trying to be frugal. As a freelancer, you sometimes have to cut down on costs and feminine hygiene is high on my list of “stupid expenses” I despise making every month. I love indulging on food and drinks, and I’d much rather cut costs on stuff like tampons than a night out drinking with the girls. So, I had roughly calculated in my head — mind you, I failed math multiple times in college — that I was spending way too much money on monthly feminine hygiene products. Spending $30+ alone on stuff like tampons, pads, Midol, new period underwear, new pajamas, etc, not including those treacherous PMS cravings which I am prone to giving into every month. My wallet and bank were over it. 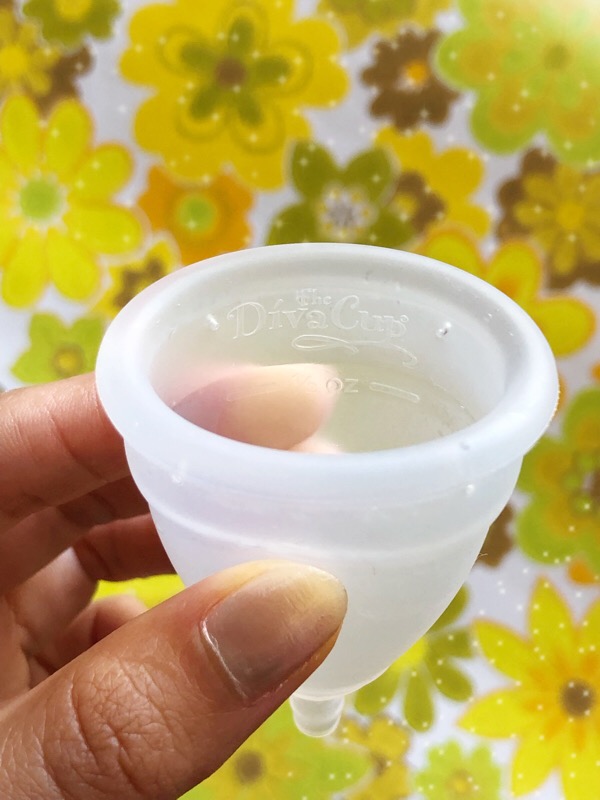 A simple google search told me that a single Diva Cup costs roughly about $40 and can last you technically, with proper care + maintenance up to 10 years. The fact that they produce considerably less waste, don’t contain harmful chemicals and actually help me save money? I didn’t need any more convincing, I was in!

While I have only been using my cup for 3 months now, each month has been a learning experience. I work from home, so it was easy for me to toy with the idea of experimenting with the cup as I went about my work day. If I were to have any accidents, I could easily clean it up and change into clean clothes. I couldn’t remember the last time I was so eager to get my period (last pregnancy scare maybe?!) But I’ve honestly enjoyed every period since I brought mine home!

The first month, I was so excited to experiment that I made the rookie mistake of breaking in my cup while on a date. I know, I know, what was I thinking?! I was bursting to bust out my cup! I’d read that getting down the insertion took a couple of tries before getting it right, and a poor insertion would lead to leakage.

As expected, that’s exactly what happened and I bled all over my underwear. I felt like I was 11 again, reliving my junior high period fiasco where I undermined my flow and had to spend the rest of the school day with my sweater tied around my crusted period pants. It was a nightmare!

Luckily, this time, I was smart enough to switch out of my white jeans into my darkest pair of Levi’s before leaving my apartment. I have to stress, I was overly confident that night. Thank god for the craftsmanship of a good pair of Levi’s! The denim was so thick, the blood didn’t go through, and I was prepared with backup tampons just in case something like this were to happen. I traded the cup for a tampon and went on with my date, no crusty period pants here.

The second and third month offered a much smoother experience. I spent most of the time working from home, so I didn’t run into any problems other than light bleeding through because I still haven’t quite figured out how to insert it correctly.  There are some tutorials (my favorite) that suggest twisting the cup a full 360 degrees to get the suction right. If the cup isn’t fully expanded inside, there will be blood! 🙃  One of the days, I  had a bit of a scare when I went to pull it out in the shower and realized I almost couldn’t find it, I thought it was a goner! I learned that while sitting on the toilet or squatting, you need to squeeze the muscles, kind of like a kegel exercise in order to push the cup out — actually a very cool experience.

In actuality, switching over to a menstrual cup has had so many more benefits than cons and I really can’t wait to get my period again to see how my next month will be. One of my favorite observations so far is the ability to actually see how much I bleed per month. While I’ve always been a light bleeder, I’m amazed at how little blood comes out. You really learn a lot about your shape and size, a factor I hadn’t even considered. On top of that, you don’t even have to replace it each time you use the bathroom like you would a normal pad or tampon! Something I did every single time with a tampon – which 1) is wasteful and 2) hurts if you’re light. With the cup, you only need to clean it out after 10-12 hours – yes, you can sleep with it in! I’ve grown accustomed to cleaning mine out in the shower before bed and in the mornings. I would highly recommend washing the cup in the shower for a quick and easy clean up, and I must mention that your first pour out will be a pleasantly disgusting thing to witness! 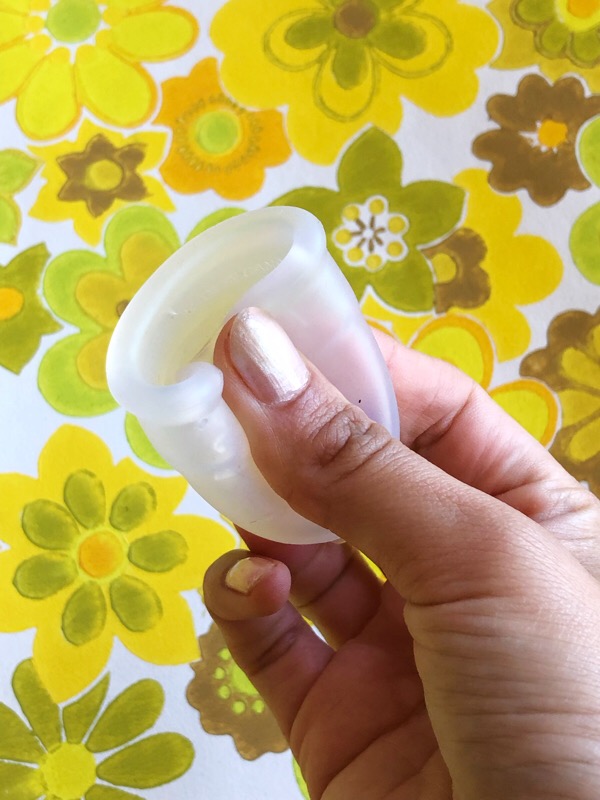 Another thing I love about the cup is that I don’t end up with a trashcan full of old tampons, sitting, festering and waiting to be thrown out in the dumpster. If you love to travel, you don’t have to worry about precious luggage space taken up by tampons! My biggest take away from the DC though,  was the moment I realized I’d been living under a cotton rock! Do ya’ll remember the pleasure and cleanliness you experienced when you switched from pads to tampons? Life changer, right? Think of the diva cup as the third step in that narrative. All you need to remember when switching over is to have patience!

I’ve told all my close girlfriends — who still bleed— to expect a Diva Cup from me on their next birthday!🎁

Tampons? Thank u, next! 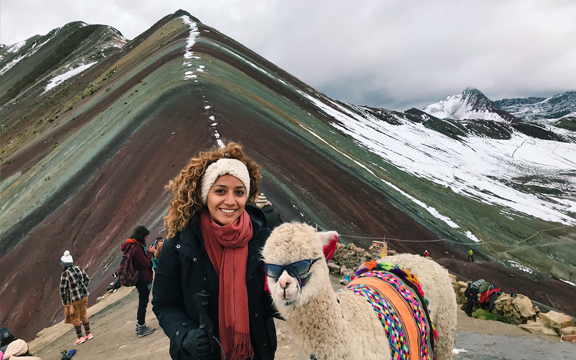 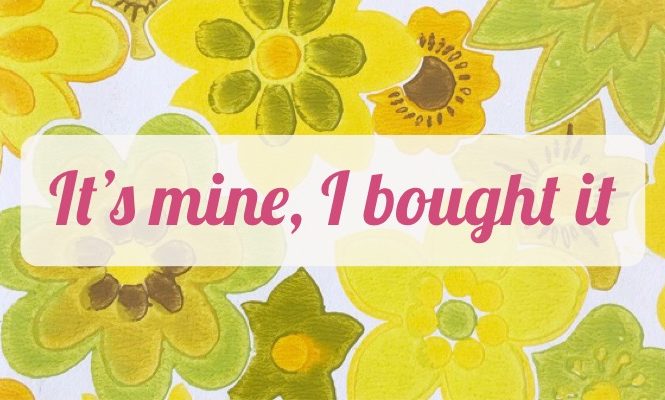 It’s mine, I bought it 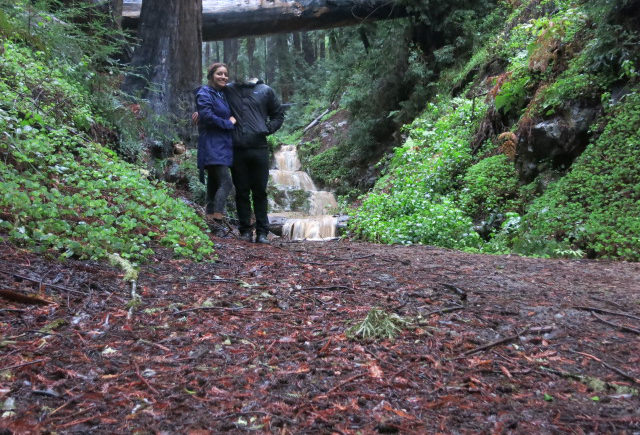